Living with a military veteran 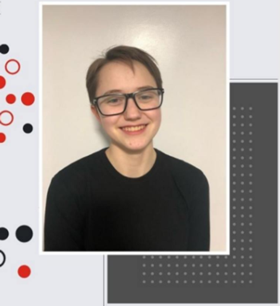 Military veterans are our heroes — they served our country and were willing to make the ultimate sacrifice with their lives.

But their families serve, too.

Soldiers often return home with mental and physical health problems, which not only effect them adversely, but also take a toll on their families.

Growing up with a military veteran as a parent has a huge impact on a child’s mental health and well-being.

My father only did one tour during his career with the Canadian Armed Forces (CAF), leaving for Afghanistan while mom was pregnant with me. Luckily, he came home before I was born.

He was a trucker in the CAF. In Afghanistan, his main job was co-ordinating the transport of fuel around camp and training other soldiers to transport fuel. He also did water runs and was occasionally part of convoys taking supplies like water and fuel to other parts of the country.

By the time he was released from the military he was a corporal and co-ordinating the training for his entire company at Garrison Edmonton. He often told people ranked above him what needed to happen for troop’s training as a vital part of the Chain of Command.

He was released from the CAF five years after his tour because of injuries sustained while deployed to Afghanistan. These are the injuries he still struggles with today.

Posted to Garrison Edmonton, after his release, we moved to New Brunswick, where both my parents grew up and my family now calls home.

It was hard to move. I didn’t know anyone in our new town. While I was young, I still remember leaving behind good friends and having to forge a new life in a new town.

We were all in it together. Here, my siblings and I are some of the only kids I know going through this transition from living in a military family to a civilian life.

I talked to my mother about how living with a military veteran affects us and one of the things she kept coming back to was consistency, and the lack thereof in our lives.

Waking up in the morning, I don’t know what kind of day my father is going to be having.

If he is having a good day, he might be able to go out on a walk or go to a restaurant. But if he is having a bad day, he could need to stay in bed all day and we probably won’t see him until supper time.

I never know what a given day is going to be like when it comes to my father.

As my mother pointed out, consistency is necessary for kids and a lack of it can be damaging to their mental health.

For me, it causes a lot of anxiety. Not knowing what is going to happen is really stressful.

I try to control what I can — where things go in the house, my daily schedule, and other things like that.

When something like that doesn’t go the way it was planned, or something changes, it causes even more frustration because I have so little control over how my day-to-day life goes because of my father’s condition.

When I talked to my younger sister about how living with a military veteran affects her mental health, she mentioned how our father’s own mental health strains their relationship.

She talked about how she doesn’t always agree with him about things.

“It can be hard because you don’t always see eye-to-eye with him about the situations happening in the world,” she said.

Our father can become quite aggravated when someone disagrees with him. He has trouble communicating and articulating what is going on inside his head and it makes it a lot harder to have a stable relationship with him.

Recent studies suggest 20 to 30 per cent of soldiers have symptoms of PTSD six months after deployment, but some soldiers only start to show symptoms years afterwards. Living with someone with trauma is a common part of living with a military veteran.

Studies have also shown there can be more complications in a child’s life because of a parent’s mental illness as it can cause more trouble with parent-child bonding which can further hurt the child’s mental health.

It has been demonstrated having a parent with PTSD can lead to more behavioural problems and struggles with emotional stability in children.

I asked my sister what would help her through these struggles, and she said it would help to have someone to talk to about it. Like a mental health professional, who understands what she is going through and how to help her.

Living with a military veteran is not easy. It is inconsistent and uncertain. However, it makes children stronger.

When the COVID pandemic happened two years ago, in some ways it wasn’t as difficult for my siblings and I as it was for our peers.

We were able to adapt better to the situation because we’ve had to work around change our whole lives.

For example, most students had their grades go down. But when my school was only doing in person classes every second day, I took it as an opportunity to spend more time on the projects I needed to and less time on the subjects I was doing better in.

Instead of my grades going down because of the hard school year, they actually improved.

Living with a military veteran is hard, but our soldiers make sacrifices to protect our country and, as their families, we have to support them as best as we can. Unfortunately, that is often with sacrifices of our own.

How I Gained Perspective from Learning to Fly Drones
What 737 Days of the COVID Lockdown Taught Me
View More
Is This Page Useful? 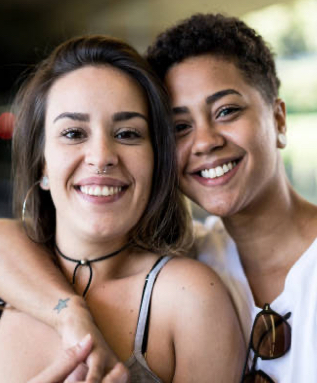